FA Cup and Premier League: 10 talking points from the weekend

It is hard to look for the positives when you have, as Lewis Dunk put it, missed out on something that “maybe comes up once in a lifetime”. The quashing of the FA Cup final dream hurt but the Brighton defender has urged his teammates to take confidence from their performance and use that in their vital Premier League games. Brighton are two places ahead of the final relegation position but crave more points to be safe. “I don’t think we need picking up,” Dunk said. “I think we need to thrive off a performance like that. We were up against one of the two top teams, the champions. We showed that we are not just going to roll over, we are not just going to lay down and take it. We are going to fight. We have got to make sure we do everything we can to make sure we stay in this league.” Amy LawrenceManchester City 1-0 Brighton 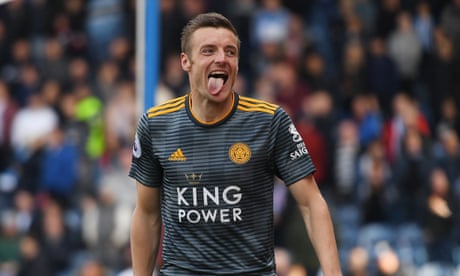 This Manchester City side are arguably the finest England has seen, engaged in one of the closest title races of modern times and edging ever closer to an unprecedented season of success. Strange then that watching them in action can be such an uninspiring experience. In the victory over Brighton, much like in the wins against Cardiff and Fulham that preceded it, City scored almost immediately before coasting through the game in third gear, the tight scoreline belying an arm’s-length victory. A similar bloodlessness marked the 7-0 rout of Schalke last month. In this sense City are their own worst enemies, so good as to render almost every game a non-contest. As criticisms go, it’s probably not one to keep Pep Guardiola awake at night – especially as, on their own merits, his side are an authentically thrilling spectacle. For the neutrals, though, the question remains: if City do go on to win the quadruple, will we be awake to see it? Alex Hess

Crucial last-minute goals are nothing new for Troy Deeney after he scored the dramatic volley that sent Watford into the 2013 Championship playoff final. Deeney started the week by claiming the FA Cup semi‑final “doesn’t excite me too much” and that level of calm at Wembley helped the Watfordcaptain show he is almost immune to pressure as he fired home the penalty to send the game into extra-time. After starting at Walsall he has become one of the most consistent strikers in the country and his presence has been a calming influence at Vicarage Road while managers and players have signed and departed over the years. The 30‑year‑old is the focal point of the attack which offers greater freedom to Gerard Deulofeu to roam and he refused to accept the game was a lost cause, something that ultimately inspired the unlikely win. Will Unwin

Diogo Jota ought to be recalled for one of the great Wembley performances but that will be lost as Wolves fans try to forget. A first major occasion at Wembley in more than 30 years lurched into disaster once Javi Gracia introduced Gerard Deulofeu in the second half. Before that Jota supplied Matt Doherty’s opener and ravaged Watford with his surges. But he was unable to revive his sagging teammates in extra-time since Nuno Espírito Santo had subbed him for Ivan Cavaleiro in the 89th minute. Jota and Rúben Neves, removed three minutes earlier, could only watch in horror as Troy Deeney won and then converted his equalising penalty. Nuno, conservative by nature, someone who played under José Mourinho, had jettisoned two of his better, younger players in attempting to lock things down. “The game was ours,” lamented Nuno but those changes had contributed to Wolves’ desperate disappointment. John Brewin

5) Eddie Howe could do with some good results at Bournemout

It is uncontroversial to think that Bournemouth will never fire Eddie Howe. After all, the mastermind behind their astonishing rise is local royalty. Yet no manager can feel entirely safe from the sack and it would be unwise for Howe to ignore the boos from Bournemouth’s fans at the end of the 3-1 defeat to Burnley. It has been rare to hear dissent at the Vitality Stadium since Bournemouth’s promotion to the Premier League in 2015 but the grumbling was a reminder that patience always has its limits in football. Granted, any suggestion of Howe being under threat at the moment is ridiculous. He has more than enough trust from everyone at the club. Yet this has turned into a season of underachievement for Bournemouth, who are floundering in 13th after an awful run. Howe has to make sure the project is not becoming stale. Jacob Steinberg

6) Everton’s recovery would be complete with more goals

“We should score more goals,” Marco Silva said after watching his team repeatedly carve Arsenal apart yet still have the home crowd biting their nails through five minutes of added time. He is right; Everton would not have been flattered by three or four here and though Dominic Calvert-Lewin gets through a prodigious amount of work as the leader of the attacking line, he is not a prolific scorer. Richarlison is out of form and not proving the answer but, before setting out the argument that Everton have never satisfactorily replaced Romelu Lukaku, it is perhaps worth pointing out they have already scored more goals than they managed last season with five games remaining. They are increasingly good to watch, too, with André Gomes, Bernard and Idrissa Gueye forming a classy midfield. In theory goals from that area can keep Everton’s revival going; in practice a few lessons in finishing may be required. Paul Wilson

7) Away days are not helping Arsenal’s European quest

Arsenal’s limp performance against Everton does not bode well for their hopes of finishing in the top four. Unai Emery’s side have won once on the road since 25 November, have not kept a clean sheet away from home all season and still have to go to Burnley, Leicester, Watford and Wolves. Watford are first up next Monday and an attack with their physicality will relish taking on Emery’s error-prone defence, especially as Sokratis Papastathopoulos will be suspended for two games after his 10th booking of the season. Not that all the focus should be on Arsenal’s defending, though. Their forwards barely created anything against Everton. Mesut Özil’s only notable contribution was flinging his jacket at Marco Silva, Henrikh Mkhitaryan hid and there was no service for Pierre-Emerick Aubameyang and Alexandre Lacazette. Jacob Steinberg

With two goals on Saturday Jamie Vardy took himself above Gary Lineker on the all-time Leicester scoring list. Huddersfield were easy pickings in losing the 19th of their past 21 games but Vardy was as lively as ever. He scored his 104th Leicester goal in his 265th appearance, slower than Lineker’s more prolific 103 in 209, but the contribution to his team’s overall play – and that snarling outlook – is what has made him indispensable. Brendan Rodgers is detailed with developing young players such as James Maddison, who scored an excellent free-kick, and Youri Tielemans, who scored the opener and it is hoped will make his loan move from Monaco permanent. Unlike his predecessor, Claude Puel, and like the relationships he struck with senior pros Steven Gerrard and Scott Brown at Liverpool and Celtic, Rodgers has recognised the political importance within the club of their foremost player. In turn, Vardy is responding. John Brewin

Crystal Palace’s Luka Milivojevic has taken 11 penalties this season, converting 10, the latest at Newcastle on Saturday. Of those 11 six were won by Wilfried Zaha and his ability to use his audacious dribbling skills to provoke fouls. Zaha is integral to Roy Hodgson’s counterattacking away-day strategy and Rafael Benítez, having devoted the previous week to practising defending against him, was suitably dismayed by the naive challenge from DeAndre Yedlin which secured Palace an arguably underserved win. “They’ve won seven games away and only four at home,” Newcastle’s manager said. “We controlled the game for 80 minutes but with Zaha, we knew that if we made one mistake it could be like that. He has the pace and the ability to create chances for his team.” Is there a more dangerous Premier League winger on the break away from home? Louise Taylor

10) Liverpool’s squad depth is not to be sniffed at

Liverpool’s resilience is well established, and their ability to recover from setbacks has secured them 16 points from losing positions this season, with 20 goals in the last 15 minutes of matches. Yet, as they enter the run-in on the back of five successive wins in all competitions, they can also point to squad depth as potentially decisive. There were times here when weariness crept in, players such as Trent Alexander‑Arnold and Georginio Wijnaldum labouring where they normally excel. Yet Jürgen Klopp could turn to James Milner and Jordan Henderson, seasoned campaigners and leaders, to make an impact over the last half hour and, ultimately, secure their latest win. The pair “brought aggressiveness, verbal aggressiveness”, according to Klopp. “You could see them pushing the boys, and we had direction again after that.” Popular opinion has always been that Manchester City boast real squad depth but Liverpool’s is far from shabby. Dominic Fifield