The Sex Pistols bassist accused of murdering his girlfriend Nancy Spungen before overdosing on heroin ‘didn't stand a chance’ against the draws of fame, says Joe Sommerlad 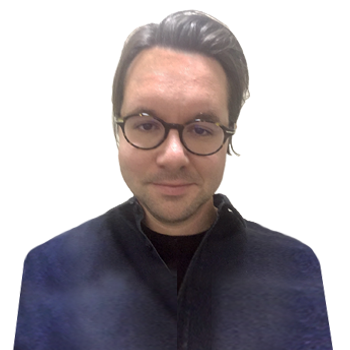 Sex Pistols bassist Sid Vicious was found dead in New York City on 2 February 1979, 40 years ago. It was less than four months after the death of his girlfriend, Nancy Spungen – and Vicious stood accused of murdering her in the bathroom of their suite at the Chelsea Hotel. But four decades on, what really happened in Room 100 still remains unclear.

The boy born John Simon Ritchie in Lewisham was only 21 when he died. He overdosed on heroin at a Greenwich Village party thrown to celebrate his release from the notorious Riker’s Island prison, a 55-day stay during which he had taken part in a – clearly ineffectual – drug rehabilitation programme.

Vicious had been held for assaulting Patti Smith’s brother Todd with a broken Heineken bottle at the Hurrah nightclub while out on bail following his arrest on suspicion of murdering Spungen.

She had died of a stab wound to the abdomen on 12 October 1978. Vicious’s fatal relapse at his release party meant he would never be convicted of her killing – although the certainty he was responsible has long lingered.

And Vicious did initially confess to the crime, declaring “I did it … Because I’m a dirty dog”, before retracting his statement, saying he had been asleep when it happened. The quantity of barbiturates he is known to have consumed that night – 30 Tuinal tablets, a powerful sedative – would certainly support the argument he was “out cold” at the time.

Many have speculated the whole tragic episode was the result of a botched suicide pact, the couple romanticised as punk’s very own Romeo and Juliet.

Sex Pistols manager Malcolm McLaren, admittedly never an entirely trustworthy source, remained unwavering in his defence of Vicious, criticising the police investigation into the incident and telling The Daily Beast in 2009: “She was the first and only love of his life ... I am positive about Sid’s innocence.”

An alternative case has been made by Phil Strongman in Pretty Vacant: A History of UK Punk (2007), arguing that one Rockets Redglare – a bodyguard, drug dealer and hanger-on who died in 2001 – could be the true culprit, stabbing Spungen with a bowie knife after she confronted him about his stealing from Vicious.

And it’s true that cash was certainly lifted from Vicious’s room that night. He was in the money: he had recently capitalised on his notoriety by releasing a cover of “My Way”, vandalising Frank Sinatra’s signature song and bankrolling his appetite for narcotics with the proceeds.

Whatever the truth, Vicious and Spungen have become as inseparable in death as Cathy and Heathcliff – not least as a result of Alex Cox’s 1986 biopic Sid & Nancy, starring Gary Oldman and Chloe Webb. That film speculated that Vicious did stab her, albeit while keeping it ambiguous as to whether it was intentional or accidental.

Their outlaw image has been reproduced ever since, almost to the point of meaninglessness. Today, their importance as icons far outstrips Vicious’s minimal accomplishments as a musician. McLaren called Vicious “the ultimate DIY punk idol: someone easy to assemble and therefore become”.

John Lydon, the Pistols’ snarling frontman, expressed his regret at ever having drafted his childhood friend into the band, remarking in 2014: “He didn’t stand a chance. His mother was a heroin addict. I feel bad that I brought him into the band, he couldn’t cope at all. I feel a bit responsible for his death.”

It was Vicious’s mother, Anne Beverley, who had supplied the heroin that killed him and it was her who found his body the next morning, lying on the floor next to a needle and a charred spoon.

Described by Lydon as “an oddball hippie” in Rotten: No Irish, No Blacks, No Dogs (1993), Beverley had separated from Vicious’s father and moved around a lot during his childhood, including a spell in Ibiza where she reportedly sold cannabis to make a living. She finally settled in Hackney.

A vain but unpredictable adolescent in thrall to Eddie Cochran and glam rock, Sid Vicious was given his name by Lydon in honour of the latter’s pet hamster; both were prone to bite.

In punk’s earliest days, Vicious was a regular at Oxford Street’s 100 Club, known for clearing the dance floor by swinging a bike chain, throwing drinks, and apparently inventing pogo dancing by leaping up and down on the spot to get a clearer look at the stage.

He was the original drummer for Siouxsie and the Banshees at their first gig at the venue and was one of the many members of the aborted Flowers of Romance, a band that might have amounted to a super-group had it ever got off the ground; its members included Viv Albertine and Palmolive of The Slits, Keith Levene who was later in Lydon’s Public Image Limited, and Marco Pirroni, guitarist to Adam Ant.

Joining the Pistols in 1977 gave Vicious an outlet for his anger. The band’s meteoric rise, and fall, from the Manchester Lesser Free Trade Hall to their final show at San Francisco’s Winterland Ballroom, was as brilliant as it was brief.

The Sex Pistols, a runaway train of engineered chaos and anti-establishment provocation steered by the extremely canny McLaren, allowed Vicious to indulge his every primal instinct for an audience of enraptured teens drawn to his sneering persona. The drug-taking wasn’t the half of it; his self-destructive, attention-seeking behaviour even stretched to self-harming with the serrated lid of a Heinz Baked Beans tin, while he and Spungen would burn each other’s arms with cigarettes.

Accounts of what Vicious was really like vary depending on who you ask. Stories of his physically abusing Spungen, vomiting on groupies, strangling cats, and brawling with rednecks on the Pistols’ disastrous US tour certainly abound. But others who knew him tell a different story. Steve Severin of the Banshees has commented that “he had a brilliant sense of humour, goofy, sweet, and very cute”.

Spungen’s middle-class mother, Deborah, recalls him as being endearingly shy, childlike and inarticulate when he visited her at home in Philadelphia. And he was certainly desperately in love with her daughter. In her own book about Sid and Nancy, And I Don’t Want to Live This Life (1983), its title one of Vicious’s own lines, Deborah records him telling her tearfully over the phone from prison: “I don’t know why I’m alive anymore, now that Nancy is gone.”

And what of Nancy? The 20-year-old is usually written off as a destructive junkie, a low-life chancer and a bad influence on everyone she met. Spungen was to the Pistols what Yoko Ono had been to The Beatles and Courtney Love would be to Nirvana, the argument goes. Worse, she was a contaminant, importing heroin chic from New York to London when she followed another punk band, Johnny Thunders and the Heartbreakers, across the Atlantic. But there is more than a hint of misogyny in such dismissals.

She is also now believed to have had an undiagnosed psychiatric condition. Her mother’s memoir describes Spungen’s disturbing behaviour as a child, from threatening her siblings during temper tantrums to attacking a babysitter with scissors.

Ultimately, Sid and Nancy’s grotty demise stands as a cautionary tale, warning that the ruinous nihilism they came to represent amounted to little more than a dead-end. Their defiance led them only to a darkened room at the Chelsea Hotel, and a spiral of mutually-assured destruction.

The post-punk and new wave movements that Lydon and his peers went on to embrace were far more optimistic, joyous and experimental, entertaining grander visions of a better world – something that Vicious and Spungen seemingly couldn’t imagine, and tragically never saw. The “no future” refrain from “God Save the Queen” proved to be a self-fulfilling prophecy for the young lovers.