Sir Keir Starmer today challenged Boris Johnson to publish a 'secret' dossier showing the full economic impact of coronavirus as he accused the Prime Minister of 'trying to suppress the evidence of what is actually going on'.

The Government published some information ahead of last night's vote on the roll out of the new Covid-19 tier system as it tried to win over Tory rebels.

But Sir Keir said the information released was 'thin and meaningless' as he demanded Mr Johnson hand over the 'full dossier' which officials are said to have compiled but which has been held back.

Sir Keir said if Mr Johnson does not bow to pressure and release the report this week then Labour will table a vote in the House of Commons in a bid to force his hand. 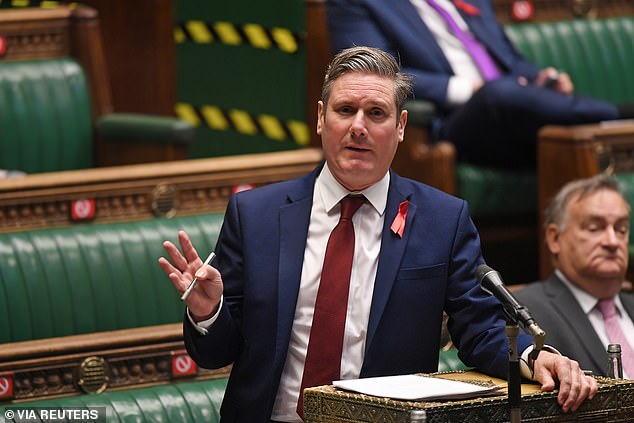 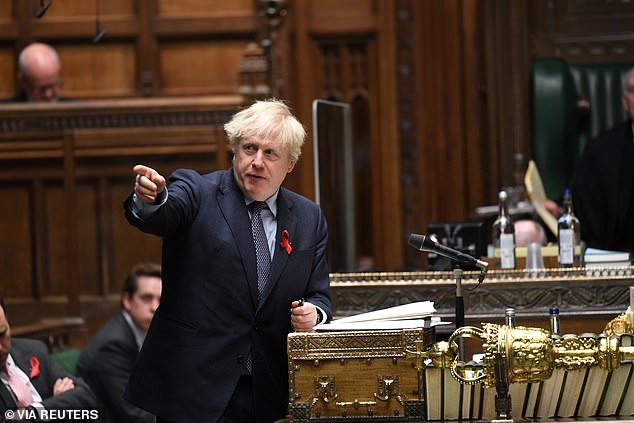 MPs yesterday voted in favour of Mr Johnson's tier system by 291 votes to 78, a majority of 213, but 53 Tory rebels defied the PM to vote against the measures as Labour abstained.

The rebels demanded ahead of the vote that the Government publish a full impact assessment of the new system, showing not just the effect the measures would have on the spread of the virus but also on the economy and wider health issues.

Ministers did publish a report but it was dismissed by critics as being too broad and lacking the detail that had been asked for.

Anger among Conservative MPs was then compounded when The Times reported the existence of a Covid-19 sectoral impacts dashboard prepared by Whitehall officials which had been kept private.

The dossier on the impact to nearly 40 sectors of the economy was said to have labelled aerospace, the automotive industry, retail, hospitality, tourism, arts and sport as red, warning of significant job cuts and revenue losses.

Writing in the same newspaper today, Sir Keir said there must be 'maximum transparency' on the Government's approach to tackling coronavirus as he called on Mr Johnson to publish the dashboard in full.

He said: 'Against that background it was alarming to read in yesterday's Times that the Government is trying to suppress the evidence of what is actually going on in the economy.

'The government published a thin and meaningless report, while sitting on the full dossier it has prepared. That is no way to inspire confidence in parliament or the country.'

Sir Keir said Mr Johnson 'must do the right thing and release all the modelling it has done' on the impact of the tier system and that he must 'do it this week'.