A neighbour who called police after hearing Boris Johnson rowing with his girlfriend has defended recording the incident.

Tom Penn said he and his wife knocked on the door but received no response from the Tory leadership hopeful or partner Carrie Symonds during the row in the early hours of Friday, according to The Guardian.

Mr Penn told the paper the argument had been "loud enough and angry enough that I felt frightened and concerned for the welfare of those involved". The police attended and found no offence had occurred and everyone was safe.

"Once clear that no one was harmed, I contacted The Guardian, as I felt it was of important public interest," Mr Penn said in a statement to the paper.

"I believe it is reasonable for someone who is likely to become our next prime minister to be held accountable for all of their words, actions and behaviours.

"I, along with a lot of my neighbours all across London, voted to remain within the EU. That is the extent of my involvement in politics.

"The unpleasant things being said about myself and my partner, and some quite frankly bizarre and fictitious allegations, have been upsetting for not only us, but also for family, friends and fellow Camberwell neighbours, who are currently being harangued by the media."

Mr Dunn went on: "After a loud scream and banging, followed by silence, I ran upstairs, and with my wife agreed that we should check on our neighbours.

"I knocked three times at their front door, but there was no response. I went back upstairs into my flat, and we agreed that we should call the police."

Mr Penn and his wife have found themselves under scrutiny amid the fallout from the incident.

According to reports, Mr Penn's wife tweeted about giving Mr Johnson "the finger" last weekend, although the tweet is no longer publicly available.

Mr Johnson is facing pressure to answer questions about what happened.

When repeatedly asked about the incident at a Tory hustings event on Saturday, the former foreign secretary avoided giving a direct answer, saying: "Most people would really rather judge my ambitions and my character."

He said: "I don't think they want to hear about that kind of thing.

"I think what they want to hear is what my plans are for the country and for our party."

After five questions, Mr Johnson said it was "pretty clear" he would not discuss the matter.

The response came as he faced off with leadership rival Jeremy Hunt in Birmingham. 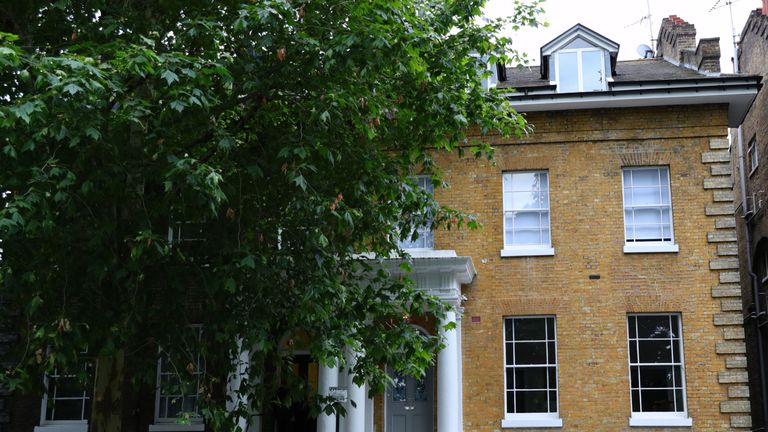 The south London home of Boris Johnson and Carrie Symonds

Conservative grandee Sir Malcolm Rifkind accused Mr Johnson of a "lack of judgement" over his refusal to comment on the incident.

He told BBC Radio 5 Live: "If you are a candidate to be prime minister and the police have been called to your house - fairly or unfairly - the fact is there was a police visit. You don't just say 'no comment'.

"That implies you may have something you don't want to disclose."

The former foreign secretary rejected a suggestion that Mr Johnson should be allowed to draw a distinction between his private and public life.

"I'm sorry, you don't have that sort of private life if you're asking people to choose you to be their prime minister," Sir Malcolm said. 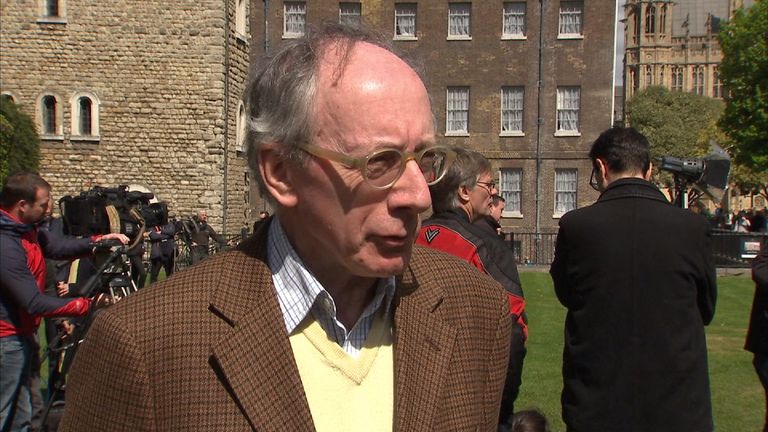 "Of course there are certain things that are utterly personal, but it's rather like Michael Gove being asked if he took cocaine."

Meanwhile, a poll suggests that Mr Johnson's popularity has taken a hit with voters.

Support for the former cabinet minister dropped sharply after news of the police involvement became public, according to a Survation survey for The Mail On Sunday.

The day before the police involvement, Thursday, a Survation poll gave Mr Johnson an eight-point lead over rival for the Tory crown Mr Hunt among all voters - but he had dropped three points behind the foreign secretary on Saturday.

At the hustings event, Mr Dale told Mr Johnson he was "completely avoiding" questions about the argument.

Mr Johnson was the first to address Conservative members before Mr Hunt took to the stage to answer questions.

The former London mayor said he was the man to "get Brexit done" and "unleash on the project", adding that "in all confidence, we can turn this thing around".

Mr Hunt, who appeared on the stage with his sleeves rolled up, later warned members of the end of the Conservative Party.

He said: "We are in a very serious situation.

"Get things right and we can deliver Brexit, unite the party and send Corbyn packing. That's our choice.

"Who is the PM we trust to send to Brussels to lead us out of this crisis? If we send the wrong person, catastrophe awaits."