President Trump on his way to UK for state visit

President Trump is on his way to the UK for a three-day state visit that begins with lunch with the Queen.

He took off from Maryland on Air Force One just after 1.45am UK time and will land at Stansted Airport in Essex.

The president will then travel by helicopter to the US ambassador's residence in London, before starting a packed day of engagements.

Mr Trump and First Lady Melania will be greeted at Buckingham Palace by the Queen, the Prince of Wales and the Duchess of Cornwall.

Royal gun salutes will ring out from the Tower of London and Green Park, and the Queen will host a private lunch. 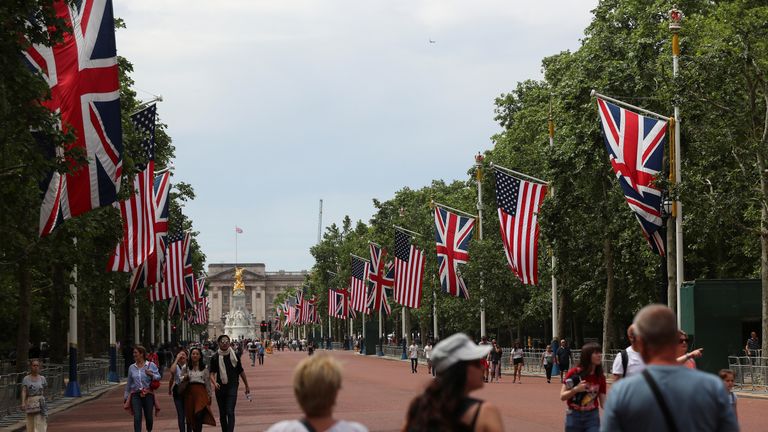 US flags are lining The Mall leading to Buckingham Palace

It is expected that the president and his wife will then head to Westminster Abbey to lay a wreath on the grave of the unknown soldier, ahead of the 75th anniversary of D-Day on 6 June.

Prince Charles and the Duchess of Cornwall will have afternoon tea with the couple at Clarence House.

Ahead of meeting the royals, Mr Trump denied a report that he had called the Duchess of Sussex "nasty", dismissing it as fake news.

The president will be whisked around the capital in his armoured car, known as "The Beast" and is expected to bring an entourage of hundreds to the UK, including numerous Secret Service agents.

The evening will see the highlight of the first day - and perhaps the whole trip - when a full state banquet takes place at Buckingham Palace.

Both the Queen and Mr Trump are expected to make a speech. 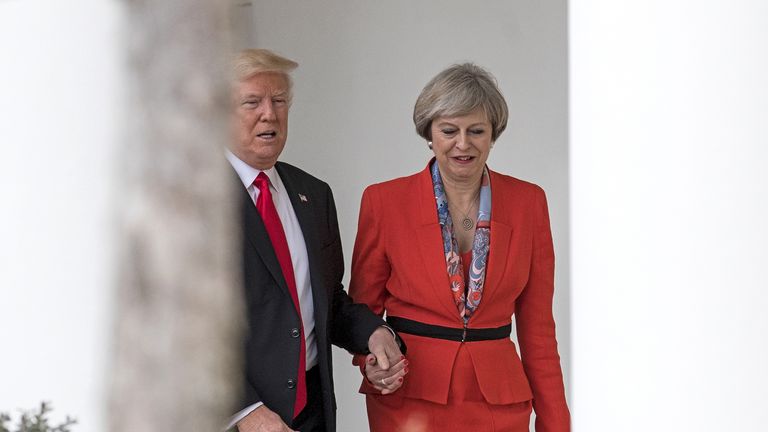 Mr Trump will also meet Prime Minister Theresa May - but later in the trip.

It could be a slightly awkward meeting after recent comments in which he said Boris Johnson would be an "excellent" prime minister and suggested Nigel Farage negotiate Brexit with the EU.

On the eve of his visit, the PM, who will stand down as Tory leader on Friday, said she was looking forward to welcoming the president 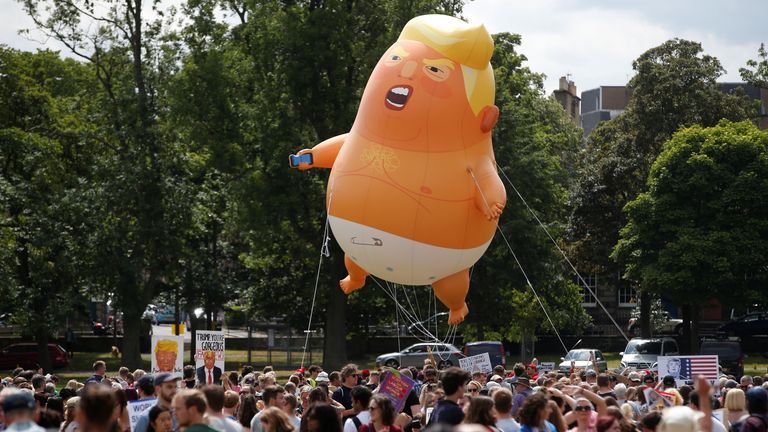 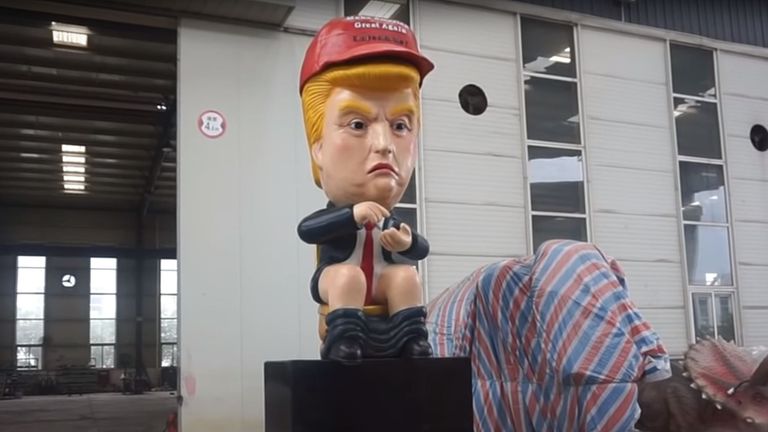 A talking 'robot' of Trump on the toilet is also set to make an appearance. Pic: Don Lessem

"This is a significant week for the special relationship and an opportunity to further strengthen our already close partnership," said Mrs May.

It is Mr Trump's first state visit - a formal visit by a head of state to a foreign country - involving lots of pomp and pageantry.

His trip last year was classed only as a working visit.

Some politicians have been critical however, with London Mayor Sadiq Khan telling Sky News it was wrong to "roll out the red carpet" for the president.

Like his last visit, protests are planned, and it is believed the "Trump baby", a six-metre balloon depicting the president as an orange baby, will return.

The blimp will be joined by a 16ft talking robot of the president sitting on a gold toilet.