All-inclusive hotel deals are up by 14 per cent, with the set cost a big draw for holidaymakers. This way, no one need worry about totting up the spending during their holiday. Free drinks are often a big lure for holidaymakers. Things can go wrong with these holiday, as with any, however, holiday-makers pay up huge sums of cash up front for these trips. Britons lost out on almost £7 million last year due to online holiday booking scams, and experts warn you should never pay by bank transfer for any holiday.

However, the hotel was not what they expected, and Gayle said: “There were aerial shots with a hotel building and trees, it looked everything we wanted it to be.”

When they got there, things were not like the images they saw.

“We noticed broken things and dirty things, and it was unkempt.”

They claimed there was mould on the shower curtains, and they didn’t even unpack.

Gayle contacted the holiday rep to ask to be moved, but they said there was no where better

“I have complained, and they alway reply by saying ‘this a Cuban four star’ and ‘it’s a third world country what did (we) expect?’ 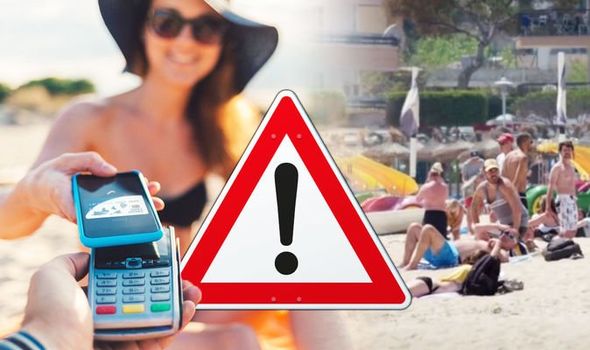 “Their final offer was £800 back off the price of the holiday,” she said.

John, who once worked in the all-inclusive hotel trade, claimed that hotels often work with preferential doctors and clinics.

He said: “They gladly get a doctor you to see you because they get paid.

“The hotel had signed a contract with a clinic or doctor.”

Holidaymaker Chris caught cyclospora cayetanensis, a parasite, from his holiday, which left him throwing up blood.