Warren Gatland has responded to Eddie Jones’s attempts to wind up Wales before the Six Nations game on Saturday by describing the England tighthead Kyle Sinckler as an “emotional timebomb”.

Gatland also called England’s decision to delay their journey to Cardiff until Friday afternoon as a “significant mistake” and dismissed Jones’s claim that Gatland’s current side are the greatest in Welsh history. The England coach had earlier questioned whether Wales can handle the expectation that comes with seeking a record 12th consecutive win in what will be Gatland’s last Six Nations match against England. 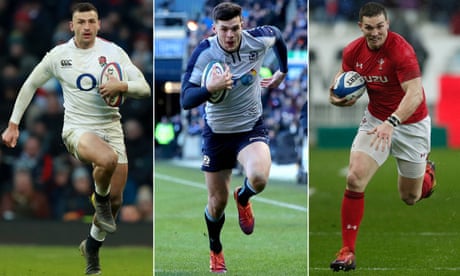 Wing commanders: why Six Nations quicks are rolling back the years

It is the dig at Sinckler which resonates most, however. The prop appeared in all three British & Irish Lions Tests against New Zealand under Gatland in 2017 and has gone on to establish himself as England’s first-choice tighthead. In both their Six Nations matches so far he has been involved in flashpoints, however, with Ireland’s Peter O’Mahony and France’s Arthur Iturria.

“There is sometimes a challenge with temperament,” said Gatland, who brushed off speculation linking him with the England job after Jones leaves his role. “He is aware of it, as are other players. He has been involved in a couple of incidents this Six Nations. Emotionally he can be a bit of a timebomb. We will not be going out to antagonise him but the big challenge for him is to keep his emotions under control.”

England have informed Wales of their decision to keep the Principality Stadium’s roof open, as was the case two years ago – with Jones stating: “It’s still a winter sport, isn’t it?” 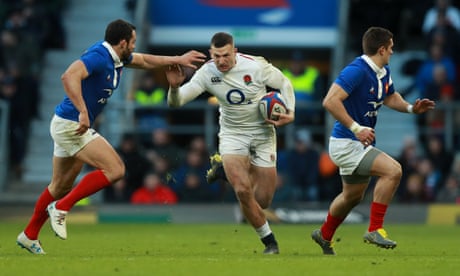 My form is having a mental effect on England’s opponents, says Jonny May

Gatland consistently questions why it is not Wales’s choice but believes England decision not to travel earlier will be more costly. “I think it is a significant mistake,” he said. “Going through Newport at 5pm on a Friday is not the best thing to do and it will be an experience for them with tractors and buses holding things up.”

Jones has a 100% record in his four matches against Wales, and an England victory would put them two wins away from the grand slam. It is the first time he and Gatland have locked horns in Cardiff, however.

“They’re going to be full of emotions,” Jones added. “They’ve been saying they’re ready to rip off heads … the senior players are holding them back. It’s Warren’s last game [against us] as Wales coach, it’s a big week for them, a lot of expectation. That can either be wind in your sails or a ball and chain.”