The New South Wales minister for counter-terrorism and corrections says the serial killer can "rot in hell".

An Australian serial killer who murdered seven backpackers, including two Britons, has died aged 74. Ivan Milat died in the medical wing of Long Bay Prison in the city of Sydney, authorities said, months after being diagnosed with terminal esophageal and stomach cancer. He was jailed in 1996 over the murders of three Germans, two Australians and the two British backpackers Caroline Clarke and Joanne Walters. Milat had killed his victims after offering them rides as hitch-hikers. Their mutilated bodies were found in woodland near Sydney over 14 months in 1992 and 1993. Ms Clarke, 21, and Ms Walters, 22, were found in September 1992, five months after they went missing. In 1993 the bodies of Australian couple Deborah Everist and James Gibson, both 19, were found. Police searches nearby revealed the body of German Simone Schmidl, 21, and German couple Anja Habschied, 20, and Gabor Neugebauer, 21, who had been missing since 1991. Milat, a road worker and gun enthusiast, was arrested in 1994. Briton Paul Onions helped police identify the killer. Mr Onions had almost become one of Milat's victims himself, accepting a ride from him in 1990 but managing to escape, running away as Milat shot at him. When police searched Milat's home, they found weapons, including parts of a rifle used in the murders, and belongings of some of his victims. They also found ropes and plastic ties that had been used on the victims. 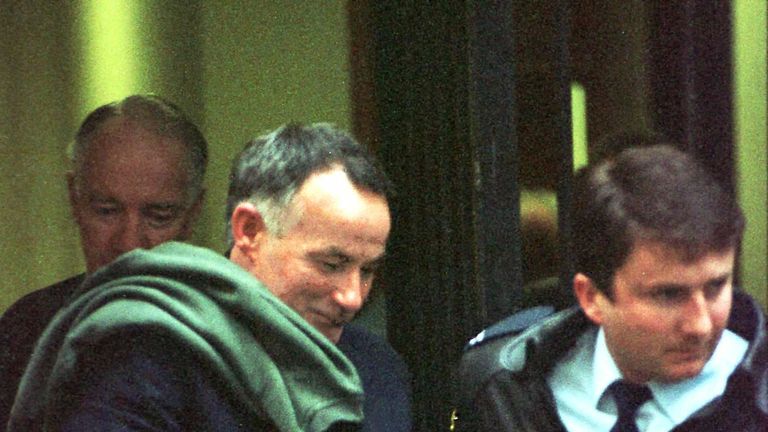 In 1996, Milat was convicted of seven murders and ordered to serve seven consecutive life sentences. But police think he murdered others, including three people found buried in forests between 1971 and 1991. Clive Small, the detective who led the murder investigation, said: "I had absolutely no respect for him at all. "I thought that if he had one ounce of decency in him, he could have shown it before he died by admitting and clarifying a number of issues that are outstanding." Ian Clarke, the Northumberland-based father of Ms Clarke, said of Milat's death: "No matter how Christian one might be, you can't help but be glad that this has happened." New South Wales minister for counter-terrorism and corrections Anthony Roberts said authorities had made sure Milat did not die in a public hospital bed. Mr Roberts told Sydney's Daily Telegraph: "He showed no remorse. We ensured the sentence was carried out. "He can rot in hell."