Harrowing images of a father and daughter from El Salvador, who drowned whilst trying to get to the US, have been released, showing them face down in the Rio Grande.

It comes amid a recent spate of deaths on the US-Mexico border, as migrants succumb to the dangerous conditions along the route.

The little girl can be seen holding on to her father as they are both seen lying face down in the shallow water, suggesting they kept close during their final moments.

They were identified as Óscar Alberto Martínez Ramírez and his 23-month-old daughter Valeria. 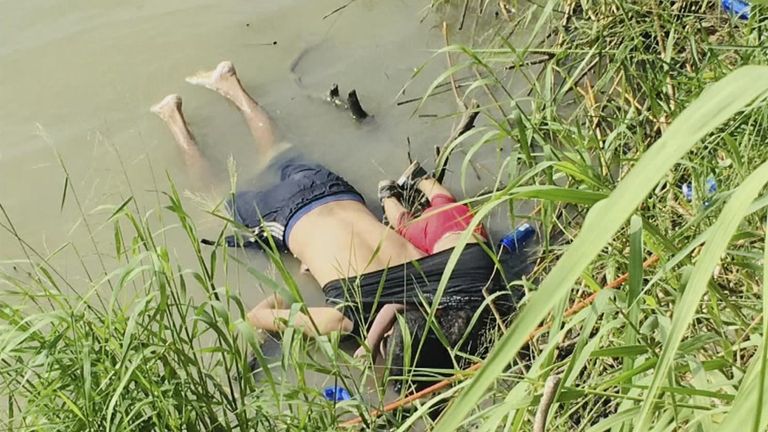 A father and daughter were found in the Rio Grande 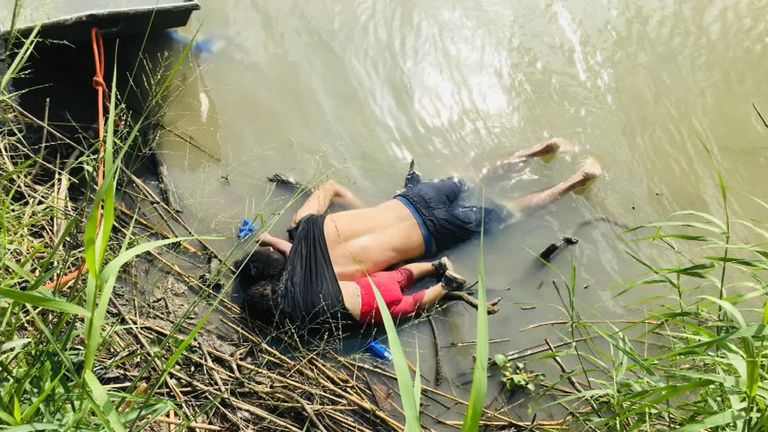 The girl had tried to reach her father, but they were both swept away by the current

According to local Mexican paper Le Duc, Mr Ramírez had swam the river with his daughter and then left her on the US side to go back for his wife, however Valeria panicked and tried to reach her father, but were both swept away by the current.

The spate of migrant deaths comes as the head of the US border protection, or ICE, resigned.

Although he never gave a reason, John Sanders left the role on Tuesday.

He said in a recent interview that the department's problems were to do with a lack of money, and he called on congress to pass a $4.5bn (£3.55bn) bill to address the so-called border crisis.

That bill is set to be voted on by the senate on Wednesday.

President Trump confirmed he did not seek Mr Sanders resignation and added that he did not think he had ever met him.

Mr Trump's hard-line stance on immigration has come under intense scrutiny recently, as conditions inside border patrol facilities were found to be poor, with inadequate food and a lack of medical care.

At a migrant centre in Clint, Texas, lawyers found several children had flu, a two-year-old without a nappy was being watched over by two older children and many of the people there were separated from their families.

They also saw children in soiled clothing, covered in urine and faeces, with many of them not having washed since they entered the facility weeks ago. 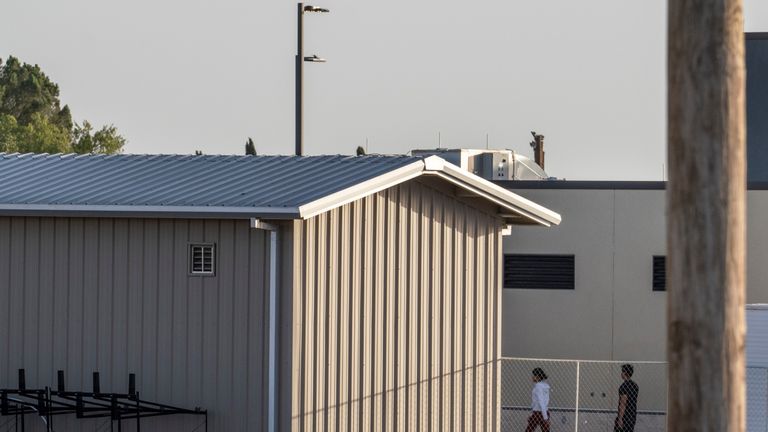 Lawyers also reported children were "locked up in horrific cells where there's an open toilet in the middle of the room".

After the findings, an official said that nearly 300 children had been moved from the facility, but staff have since moved a third of those back into Clint. 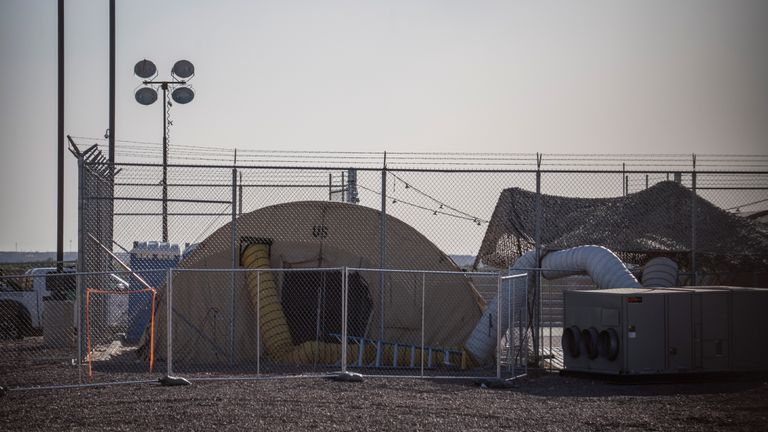 President Trump has said he is "very concerned" over the conditions at the border, but claims things are better than they were under the previous administration.

Rebuking Mr Trump, Michael Bochenek, a lawyer for Human Rights Watch, said: "We did not have the kind of overcrowded conditions for unaccompanied kids in Border Patrol holding cells like we saw in Clint."