China, Iran and IS: What's on the agenda for May-Trump talks

Disagreements on China, Iran and the fate of captured Islamic State (IS) fighters who come from Britain will likely feature in talks between Theresa May and Donald Trump today.

The two leaders agree on many foreign policy issues, but the US president will want assurances from the prime minister that the UK will not use equipment from Chinese technology company Huawei in its next-generation mobile network.

He is even reportedly ready to threaten UK access to US intelligence otherwise.

Mrs May has yet to make a final decision on the future of the 5G network - something that will almost certainly now fall to her successor.

A senior Whitehall official yesterday said no step would be taken that could compromise the secure channels of communication between US and British spy agencies.

"The security of these networks is of paramount importance," the official said.

"The intelligence co-operation between us, that happens over highly secure channels not public networks and there is absolutely no question of any decision being taken which could compromise that."

It is not clear if such assurances would be enough to satisfy Mr Trump if it meant Huawei equipment is still used in other less central parts of the wider UK network.

The president, on a state visit to Britain, suspects Huawei's technology of raising the risk of spying by the Chinese government, a fear the company says is unfounded.

He has banned the equipment from the US market amid an escalating trade war with Beijing. 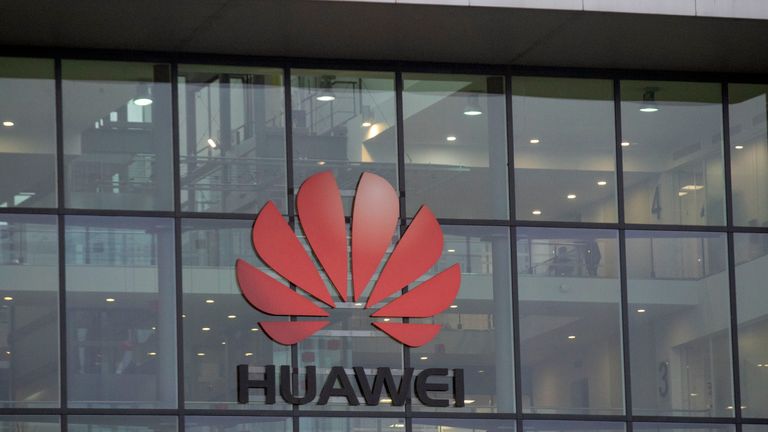 Mrs May is making no apology for her approach to China.

The Whitehall official said the prime minister has taken a tough stance with Beijing when necessary.

"She hasn't got to make any apologies for a quite tough stance... where she sees our interests engaged by China," the official said.

Britain has sent warships through the contested South China Sea to test freedom of navigation and called out Beijing over a suspected cyber attack.

But the prime minister will also be mindful of China's economic power and the need to maintain good bilateral relations, rather than leave the UK isolated.

Another issue where Mrs May and Mr Trump will not agree when they meet at Number 10 is how to deal with Iran.

Britain remains committed to a 2015 nuclear deal signed with Tehran and five other world powers, including the US.

The president took his country out of the deal last year and has since slapped new sanctions on the regime in a stand-off that has ratcheted up tensions in the Gulf.

The Iran deal "is one of those areas where we have openly said we still think that deal is the best means to prevent Iran from getting a nuclear weapons capability," the senior Whitehall official said. "We still think the deal is worth trying to uphold and keep in place."

Britain and the US are united in agreement on what they see as a renewed threat posed by Iran against US, British and other allied interests in the Gulf region.

This has prompted the US to send an aircraft carrier task group and B-52 bombers to the area and announce the deployment of 1,500 additional military personnel in recent weeks.

The discussions between Mrs May and Mr Trump, who will both be accompanied by senior officials, will almost certainly cover IS.

British and US forces worked together as part of a coalition to destroy the group's self-declared caliphate in Syria and Iraq, but the terrorist threat posed by the militants remains

"There is a broader point on how we continue to defend against a threat that is morphing from that theatre (Syria/Iraq) to the Sahel and South Asia as well," the official said.

IS claimed it was behind multiple suicide bombings in Sri Lanka on Easter Sunday that left hundreds of people dead and injured.

An area of possible friction between Mrs May and Mr Trump is what to do with hundreds of IS foreign fighters captured by US-backed forces in Syria.

A number of these individuals are from the UK but Britain has stripped them of their British passports so they cannot return. President Trump has previously called on European countries to take back their detainees.