Aviva to cut 1,800 jobs as it strives to cut costs

The UK's largest insurer Aviva says 1,800 jobs will go over the next three years as part of a drive to save up to £300m a year.

The news was announced just three months after the appointment of a new chief executive in Maurice Tulloch who told investors that finding savings was "essential to remain competitive".

Aviva said the cuts would fall across its worldwide operations.

It identified savings in areas including its central cost base and contractor and consultant spending.

The company employs 30,000 staff - half that number in the UK based in Norwich, Bristol, Sheffield, York, Perth and

Aviva was unable to say how many people were facing the axe in its home market but said it hoped to achieve the reductions through natural turnover rather than redundancy.

Aviva also used its statement to announce a shake-up in the group's structure.

It said it would split its UK life and general insurance businesses to "enable stronger accountability and greater management focus".

Mr Tulloch, who took over in March after his predecessor Mark Wilson departed amid grumblings over a depressed share price, said he was "determined to crack" the company's complexity as it battles continued weakness in the savings market and in asset management. 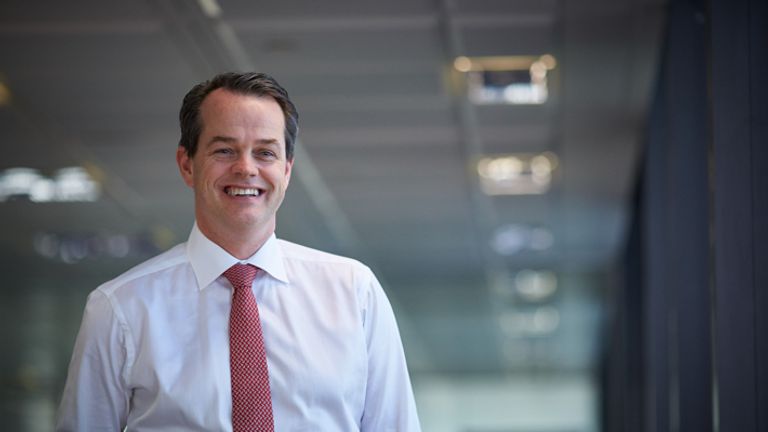 The chief executive told investors: "Today is the first step in our plan to make Aviva simpler, more competitive and more commercial.

"We have strong foundations: excellent distribution, world class insurance expertise, and our balance sheet is robust.

"But there are also clear opportunities to improve.

"Reducing Aviva's costs is essential to remain competitive and this means tough decisions and job losses which I do not take lightly.

"We will do all we can to minimise redundancies and support our people through this."

He said further details on his turnaround plan would be released in November.

The Unite union responded to news of job losses by saying it had demanded an urgent meeting with management and would oppose any compulsory redundancies.